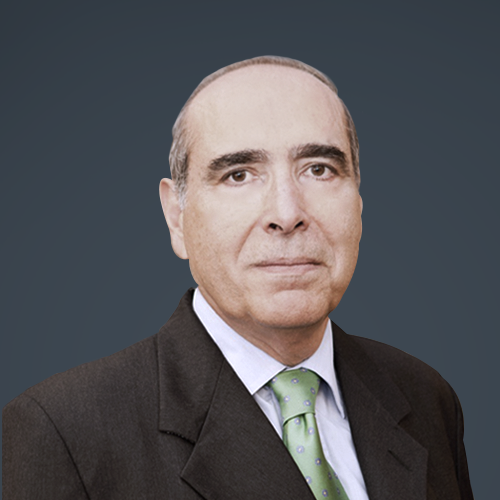 GlobalSource Partners’ Peru Country Analyst Roberto Abusada-Salah is one of the leading authorities on the country’s economic and financial development. In addition to key roles in the government and the Central Bank during Peru’s transformational decades, he founded the Instituto Peruano de Economia (IPE), one of the most important think-tanks in Peru, dedicated to economic policy, competitiveness and the completion of reforms in Peru.

Dr. Abusada-Salah is currently a director of the IPE. He taught economics at Peru’s Universidad del Pacifico and at Universidad Catolica, where he served as head of the graduate economics program, as well as at Boston University. He also serves on the boards of companies in the infrastructure and energy industries.

As an advisor to three Economy Ministers, he developed and led reforms that transformed Peru’s economy and financial markets during the 1990s and into the following decade, including tax, fiscal and trade reform. Additionally he served as Deputy Minister of Commerce, as a presidential advisor and as a member of the Board of Directors of the Central Bank.

Dr. Abusada-Salah has written several books on Peru’s progress during the past two decades. These include Integrando el Peru al Mundo, La Reforma Incompleta, Migracion en el Peru, Crecimiento Economico en el Peru: 1970-2006 and Eficiencia del Gasto en el Peru. His opinions are also frequently cited in major daily publications such as Gestionand El Comercio, for which he writes a bi-weekly op-ed. Dr. Abusada holds a bachelor’s degree from the Catholic University of Peru and a Ph.D. in economics from Cornell University.