In a September Pulse Asia survey[1] published last week, “controlling inflation” emerged as the most urgent national concern, significantly ahead of “controlling the spread of covid-19.” Government’s approval score for handling inflation dropped 26 percentage points compared with survey results in September last year, while disapproval increased 19 percentage points. Indeed, between the two periods, the headline inflation rate steadily rose from 2.3% to 4.8%, with inflation for the bottom 30% income households higher on average by 50bp. A decomposition of the headline rate shows that higher food and energy costs were the main culprits, the former already eased by temporarily liberalizing pork import quota and tariffs. 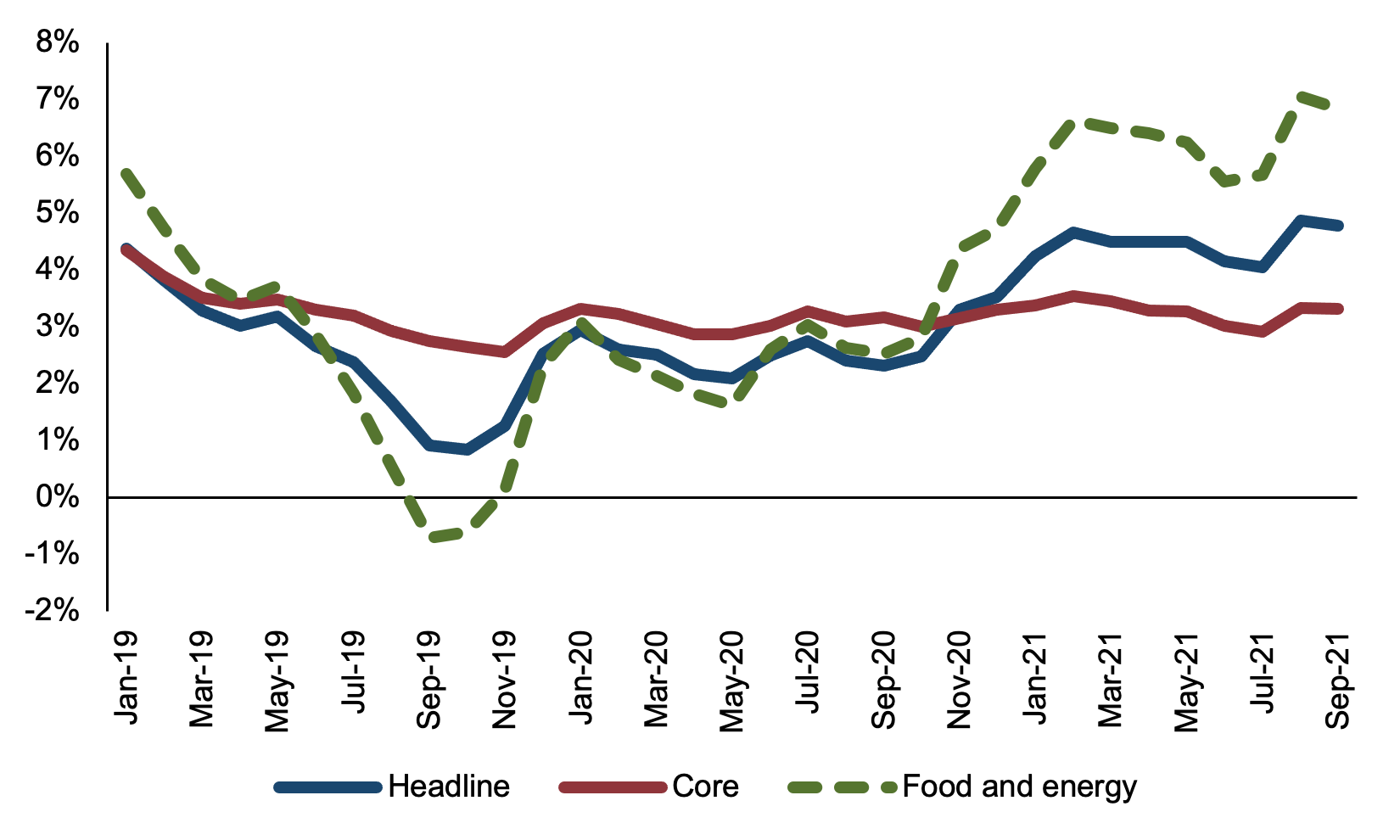 Although the latest inflation print for September was lower than what analysts expected, worries continue that the peak may yet come in 4Q, driven by: