The NBU insists the highest CPI was in September and October while consumer inflation surely will ease down to single digits by December. In light of this logic, the NBU anticipates disinflation to start already from November without extra tightening measures. If not, the NBU openly commits to one more prime rate increase, as early as December.

In fact, we agree with the monetary authorities that consumer inflation will be easing over the upcoming months on the back of a high statistical base. However, we see huge risks for inflation to stay elevated beyond 2021. Against this backdrop we see a high probability for the NBU to increase the prime rate by 0.5 ppt to 9.0% at the December meeting of the Monetary committee.

The next meeting of the Board is scheduled for December 9, 2021. 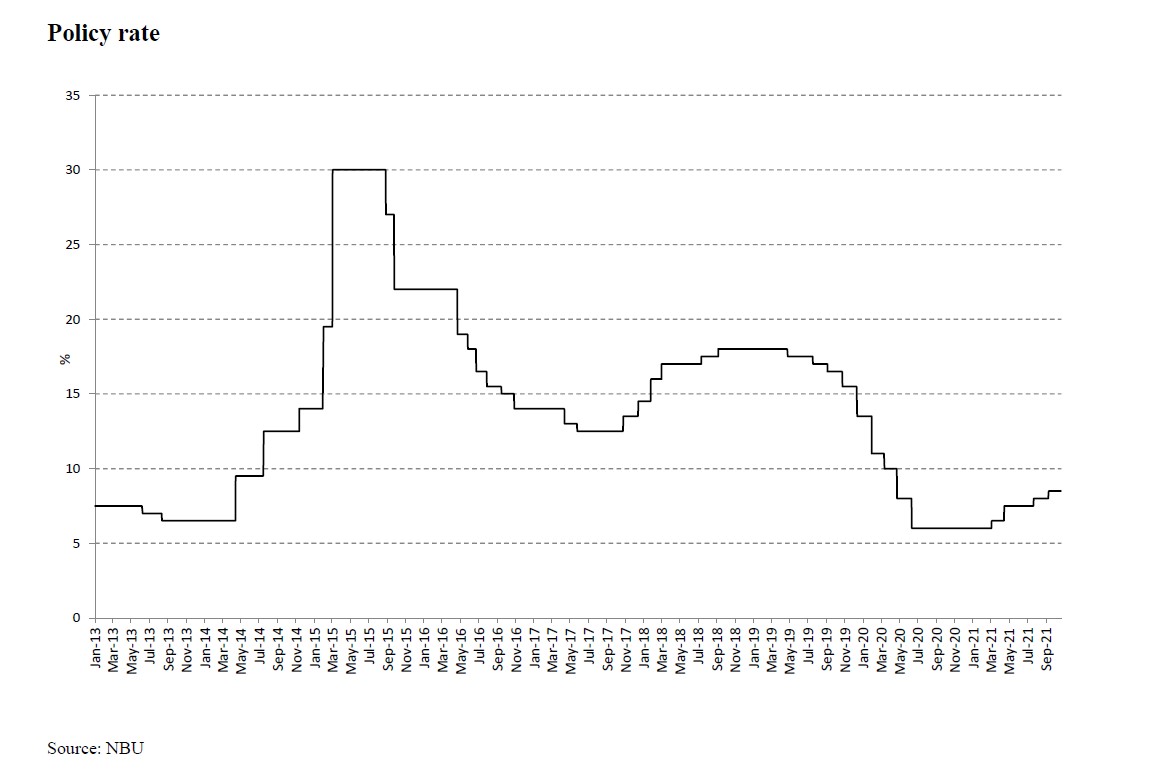