We expect Russian GDP to increase by +4.5% y/y based on current nowcast estimates

Rosstat has finally released industrial production data for April. The published results were very good: + 7.2% y / y in April after + 2.3% y / y in March. Moreover, Rosstat also revised the data for March upwards compared to the previous release. The mining industry increased output by 14.2% compared to last April. It is clear that currently “base effect” is of great importance. A comparison with the crisis periods of last year automatically gives a strong dynamics. Excluding seasonal and calendar factors, industrial output in April was almost unchanged from March. At the same time, zero growth rate in the overall IP index is mainly explained by utilities (2.5% mom sa) and caused by warmer weather. Mining (+2.3% mom sa) and manufacturing (+2.4%) experienced solid growth.

Industrial production is the first set of official hard data for 2Q21. We have updated our nowcast model for the Russian economy, taking into account these data and the recently published figures of the Bank of Russia on the banking sector’s loan portfolio structure. Our model, which uses a set of up-to-date operational macroeconomic indicators, expects Russian GDP to grow by 4.6% YoY in 2Q21 and by 0.71% qoq (after seasonal adjustment). It's still almost 2% less than the pre-crisis high of 4Q19. But at this rate, the Russian economy will reach this level by 4Q21. 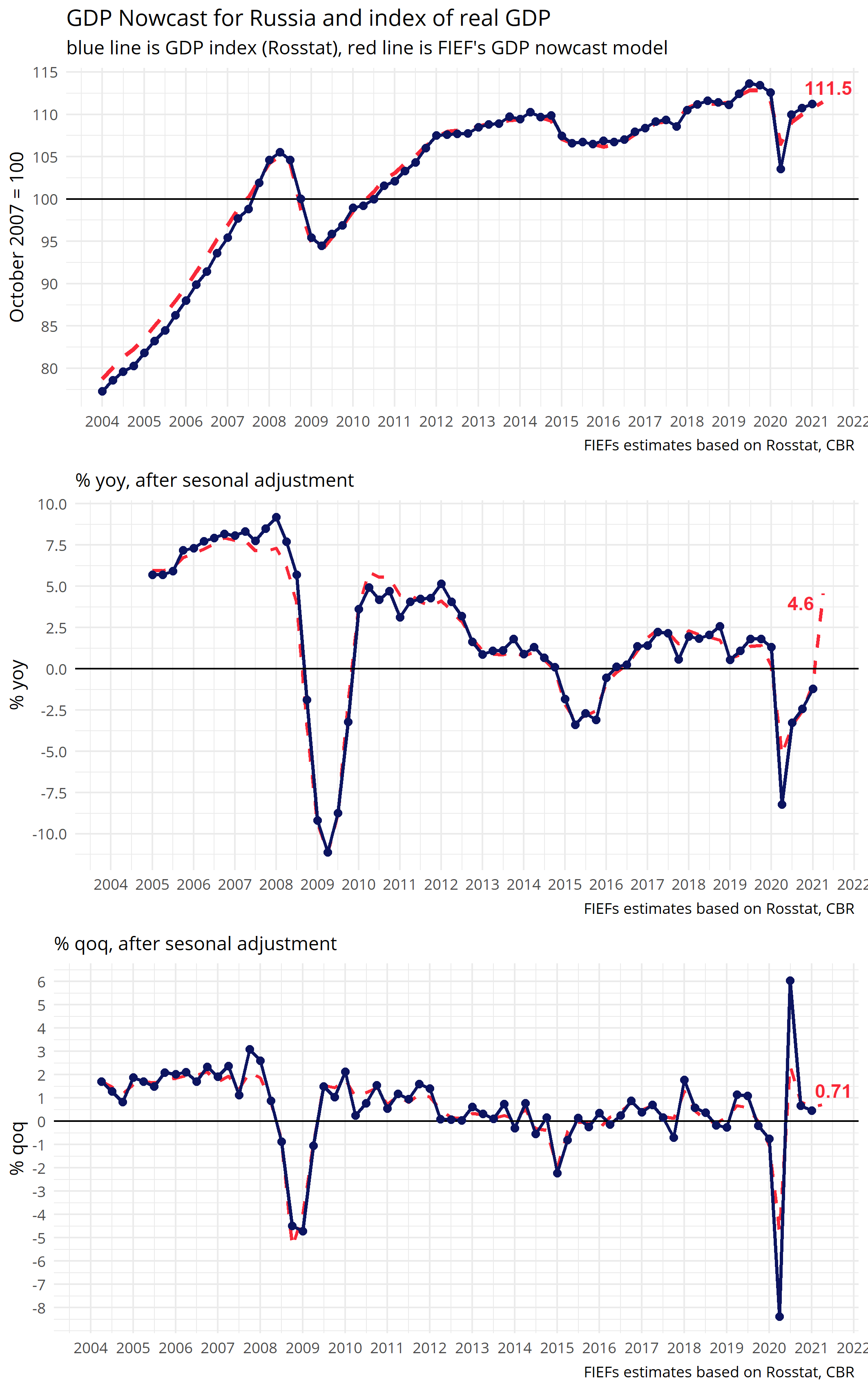