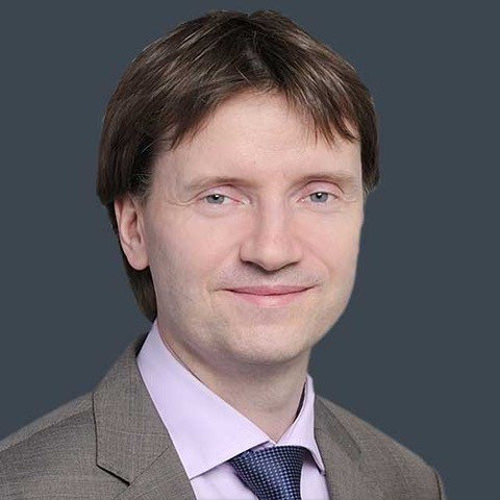 GlobalSource Partners’ Russia Country Analyst Alexander Kudrin is a specialist in Russia’s economy and financial markets. Based in Moscow, he is also a co-founder of the research firm GKEM Analytica, focused on macroeconomics and financial markets, and he is also a professor at Moscow’s National Research University Higher School of Economics (HSE).

Mr. Kudrin was for many years the head of research at Sberbank’s investment banking arm, Sberbank CIB. While there, he was consistently ranked in industry surveys as Russia’s top fixed income analyst. Prior to Sberbank, he worked at Troika Dialog, at the think tank Vedi, and in commercial banks such as Dialog Bank and Vybor Bank. He is highly regarded for his knowledge of market dynamics, especially fixed income analytics. He holds a degree from Moscow State University in mechanics and mathematics, and a scientific degree in mathematics
Copyright 2022 GlobalSource Partners. All rights reserved.