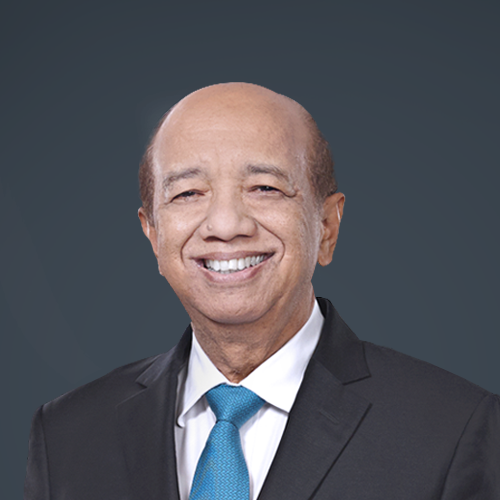 GlobalSource Partners’ Indonesia Country Analyst Dr. Cyrillus Harinowo is one of the country’s leading economists and financial commentators. He is in high demand as a speaker for his depth of experience in government and industry advisory roles, as well as for his body of work on Indonesia’s economic and financial history.

Dr. Harinowo served the Central Bank of Indonesia for twenty-five years, including as Director and Head of the Money Market and Monetary Management Department, where he led the implementation and management of the bank’s monetary policy. He also served the government as Assistant to the Minister of Trade, and in various roles, including as delegate to the Inter-Governmental Group on Indonesia (IGGI) and the Consultative Group for Indonesia (CGI) at IMF and World Bank annual meetings. In addition, Dr. Harinowo served at the IMF in Washington D.C. as Alternate Executive Director and as Technical Assistance Advisor at the Monetary and Exchange Affairs Department of the organization.

In addition to his many speaking engagements and contributions to the Indonesian media, Dr. Harinowo has authored three source books on Indonesia’s financial history: Government Debt(2001); IMF: Crisis Management and Post-IMF Indonesia (2003); and Spring Time of the Indonesian Economy(2005). He also brings his deep knowledge of macro and micro issues in the economy to many private sector roles. He is currently an Independent Commissioner of Pt Bank Central Asia Tbk, Indonesia’s largest financial services company by market value, and was previously a Rector of ABFII Perbanas, an economic and banking university owned by the Indonesian Banking Association (Perbanas). He is also an Independent Commissioner of PT Unilever Indonesia and a member of the Investment Committee of GMT Asset Management. He recently partnered with the country’s Industry Minister and the Chamber of Commerce Chairman in a television broadcast on the rise of the Indonesian manufacturing sector.

Dr. Harinowo holds a degree in accounting from Gajah Mada University, an M.A. in development economics from Williams College in Massachusetts, and a Ph.D. in monetary and international economics from Vanderbilt University.