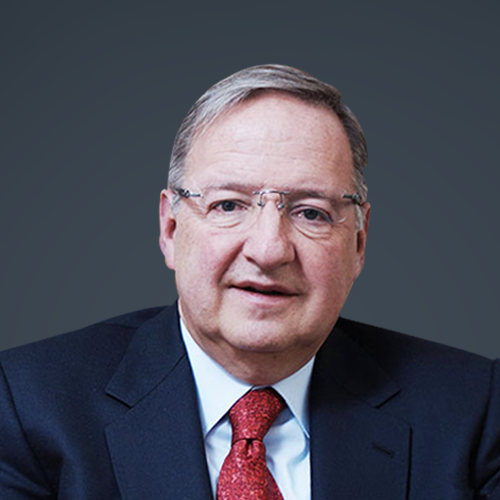 GlobalSource Partners’ Mexico Country Analyst Jesus Reyes-Heroles is the premier name in the country’s energy, infrastructure and foreign affairs. In his long career at the highest echelons of government, he has served as President of Pemex, Ambassador to the United States, and as chief of the country’s national infrastructure bank, developing policy and promoting progress in the most important facets of Mexico’s macro and political economy.

Based in Mexico City, Dr. Reyes-Heroles is co-founder of GEA Grupo de Economistas y Asociados. As one of Mexico’s pre-eminent authorities on the country’s oil industry, he is sought after for his advice on investment projects in multiple sectors, especially energy.

Dr. Reyes-Heroles was Director General of Petróleos Mexicanos (PEMEX) under President Felipe Calderon, from 2006-2009. Under President Zedillo, he was Secretary of Energy, also serving as President of the Boards of PEMEX, Comisión Federal de Electricidad (CFE) and Compañía de Luz y Fuerza del Centro. While leading those agencies, he championed legal reforms such as permitting private investment in petrochemicals and he promoted private projects in the distribution and transportation of natural gas and electricity generation. In addition, he promoted greater private sector participation in Pemex projects at Cantarell (oil) and Burgos (dry gas).

In addition to his contributions in the energy field, Dr. Reyes-Heroles has served at the highest levels of Mexico’s fiscal, macroeconomic and foreign service institutions. He served for three years as Mexico’s Ambassador the United States under President Zedillo. He was Senior Advisor of the Secretary of Finance and Public Credit (Treasury), and was also Director General (CEO) of Banco Nacional de Obras y Servicios Públicos (Banobras), the national development bank for infrastructure. As Mexico’s representative to the "Eminent Persons Group" of APEC from 1993-1994, he formulated and developed the concepts for the trade liberalization policy framework presented to heads of state of the organization.

Dr. Reyes-Heroles holds a B.A. in economics from the Instituto Tecnológico Autónomo de México. He studied law at the Universidad Nacional Autónoma de México (UNAM) and was a Fulbright scholar at Massachusetts Institute of Technology (MIT), where he obtained his Ph.D. in economics.