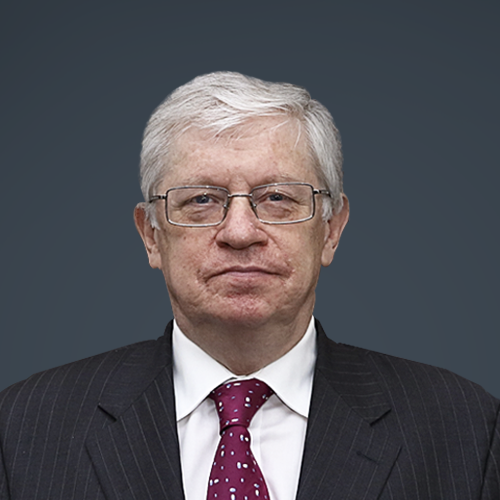 GlobalSource Partners Russia Country Analyst Leonid Grigoriev is one of the country’s top statesmen and theoreticians. He has served at the highest levels of government and academia and is an acknowledged authority on all aspects of the Russian economy, including its macro and fiscal dynamics, legal and institutional framework, and cultural trends.

Based in Moscow, Dr. Grigoriev is also a professor and Chairman of global economics at the National Research University Higher School of Economics. As Deputy Minister of Finance during the Yeltsin administration, he chaired the Foreign Investment Committee, helping lead the country’s transition to a market economy. Prior to his service in the government, he was head of the Institute of World Economics and International Relations at the Russian Academy of Sciences. After serving the Finance Ministry, he was a senior advisor to the Russian Federation’s executive director at the World Bank and then was Director General of the Bureau of Economic Analysis. He was President of the Association of Independent Centers of Economic Analysis, which unites more than 50 Russian research institutions, and more recently, he headed Moscow’s Institute for Energy and Finance.

Dr. Grigoriev received an M.S. and a Ph.D. in economics from Moscow State University. He has written more than 300 publications, including more than 20 books, on topics such as Russia’s economic and energy prospects, social stratification and the development of the middle class in Russia, property rights, corporate governance and privatization in Russia, and Russian capital formation and private finance. He is also an authority on global issues, including global energy and climate problems, and economic sustainability issues in BRICS.