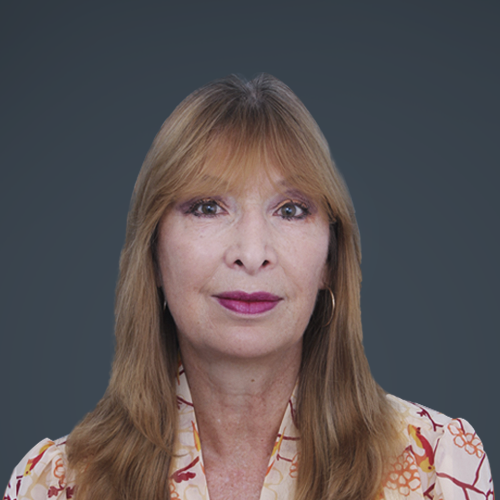 GlobalSource Partners’ Ecuador Country Analyst Magdalena Barreiro is one of the leading authorities on the country’s financial system, fiscal sustainability, and capital markets. She moved the country forward while in key positions at the Central Bank and in government, especially as Finance Minister, when she successfully concluded the country’s first sovereign issuance after nearly a decade.

Based in Quito, Dr. Barreiro is also a member of the Board of Directors of the Observatory of Fiscal Policy of Ecuador and is an independent consultant at Barreiro & Associates. She is a former Dean of the School of Business at Universidad San Francisco de Quito and previously held a position as Professor at the Johns Hopkins Carey Business School and as Senior Professor at the MBA program of Norwich University.

As Minister of Economy and Finance under President Alfredo Palacio, Dr. Barreiro formulated and administered the country’s economic and fiscal policy and re-established ties with the country’s creditors, engineering the country’s return to the international capital markets after nearly a decade by leading the issue of the 2015 Global bonds. Prior to that, she brought her management expertise and knowledge of the country’s infrastructure industries to the National Council for State Modernization and Privatization (CONAM), where she supervised the valuation of companies involved in the privatization of the electricity and telecommunications sectors.

As Financial Sector Coordinator at the Central Bank during the early 1990s, she worked closely with the IDB to develop and implement the Financial Sector Project, which included reform of the capital markets, the financial sector, and the social security and pension systems, as well as the modernization of other official financial institutions. In addition to her consulting projects, she has also published working papers on the country’s pension system.