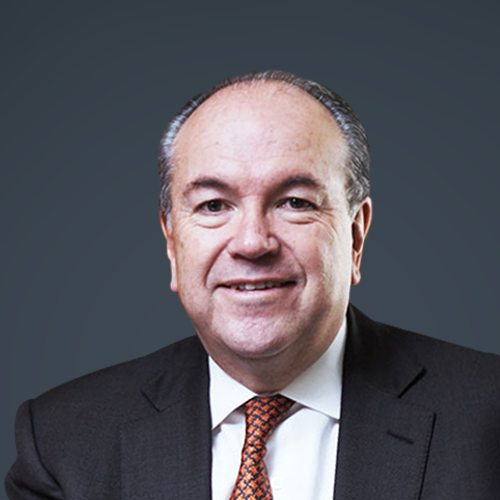 GlobalSource Partners’ Mexico Country Analyst Mauricio Gonzalez is a leading authority on the country’s macro and political dynamics. During his career in the government and the private sector, he has explored all aspects of the country’s development, and in addition to his work as a consultant, he is a widely sought-after commentator in the national press.

Based in Mexico City, Mr. Gonzalez is also Co-founder and Executive President of GEA, Grupo de Economists y Asociados, a political and economic consulting firm. At Mexico’s Finance Ministry, he held several influential positions, including Director of Financial Policy, Director of Economic Policy and Director of Economic Research. He also held several key positions in the banking industry, including Finance Coordinator of Banco Mexicano Somex and board member of Cambiomex Casa de Cambio.

Mr. Gonzalez has given technical advice and assistance to major institutions such as the Technical Advisory Council of the Center for Economic Studies of the Private Sector (CEESP) and more recently, the North American Development Bank. His recent consulting projects include cost-benefit analyses of specific infrastructure projects, a study of the economic effects of the VAT on food products, and an evaluation of the macroeconomic consistency of Mexico’s fiscal reform.

Mr. González holds a bachelor's degree in economics from the Instituto Tecnológico Autónomo de México and received Banamex and Conacyt scholarships to pursue a master's degree in economics and a doctorate at the University of Chicago. He is editor of the business section and a regular columnist of the national daily Reforma, and is an economic commentator for the publication, Monitor. He is also a weekly participant in the television broadcasts Dinero y Poderand Economia de Mercado,and provides daily economic commentaries for Radio MVS.