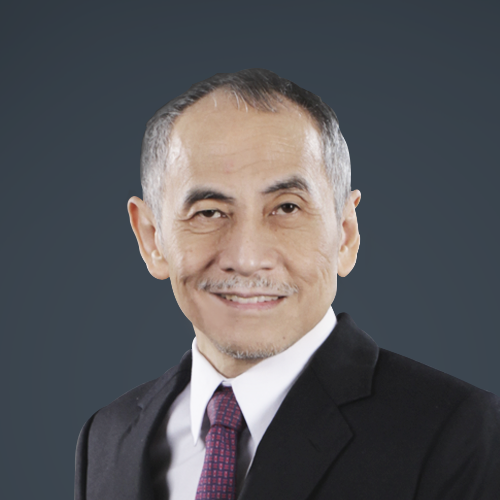 GlobalSource Partners’ Philippines Country Analyst Romeo Bernardo is one of the country’s leading public and private sector economists. He is in high demand as a speaker and commentator in the Philippine media for his vast knowledge of the country’s economic development and dynamics. His long career spans roles in government, industry and the multilateral sectors.

Romy is also a founder and partner of the economic consulting firm Lazaro Bernardo Tiu & Associates (LBT) and today serves on the boards of leading Philippine corporations in the banking, insurance, food processing, mutual fund and telecommunications industries. As Undersecretary of Finance during the Ramos Administration, he helped in the formulation and implementation of policy in international finance, treasury operations and privatizations during a time of significant economic progress in the country. Such policies included trade liberalization and de-regulation of key strategic industries such as telecommunications, banking, electricity and oil, opening the Philippine economy to foreign investment and encouraging economic expansion. In addition, Mr. Bernardo served the government as Deputy Chief of the Philippine delegation to the GATT (WTO). Mr. Bernardo was an Executive Director of the Asian Development Bank, and has been a fiscal and capital markets consultant to the World Bank, the IMF and Morgan Stanley.

As a consultant, Mr. Bernardo has advised on projects involving capital markets, public-private infrastructure projects, and mergers and acquisitions and pension reform.