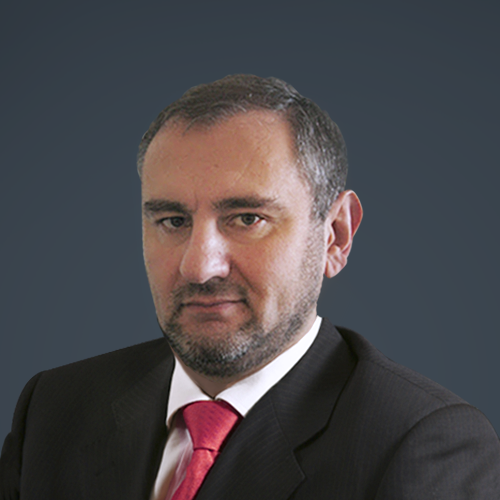 GlobalSource Partners’ Ukraine Country Analyst Vladimir Dubrovskiy is among the leading authorities on the country’s macro and policy dynamics. During a career leading projects at multilaterals and think tanks, he has become renowned for his deep understanding of the issues dominating the country’s fiscal and economic development.

Mr. Dubrovskiy is also the senior economist of the Ukraine office of CASE Ukraine, based in Kyiv. In his prior work with the World Bank he co-authored the Ukraine Country Economic Memorandum in 2004. As a consultant for the Harvard Institute of International Development, a forerunner of CASE Ukraine, he helped devise the framework for the country’s macroeconomic reforms of the late 1990s. Together with the State Property Fund, he conducted a study on the socio-economic impact of the privatization of state property in the country.

Dubrovskiy has written several works on Ukraine’s economic transition and growth, in particular, the impact and effectiveness of its privatizations, its current business climate and competitiveness, and an early warning system for macro imbalances. He has also participated in Blue Ribbon Commissions developing and assessing Ukraine’s economic reform strategy. He has written extensively on political-economic, institutional economic and macroeconomic issues, including a systemic analysis of the impact of the Ukrainian Revolution of 2014, as well as papers on anti-corruption reforms. He has been in partnership with the World Economic Forum since 1998, and has also produced voluminous work on Ukraine’s tax reform.