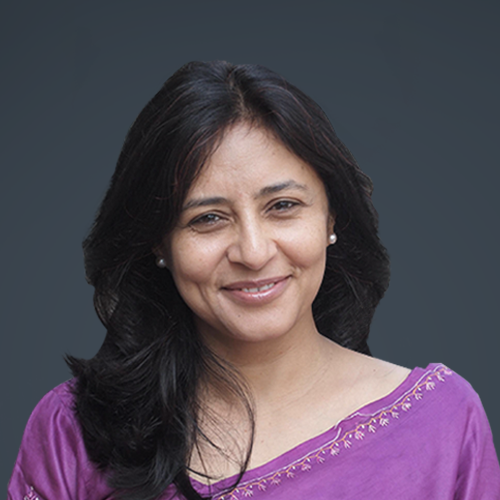 GlobalSource Partners’ India Country Analyst Ila Patnaik is one of the country’s leading economists and financial journalists. A specialist in open economy macroeconomics, she has served the government and the central bank in key research and advisory roles. In addition to her distinguished academic career, she is also an influential and well-respected media spokesperson.

Dr. Patnaik is also a professor at National Institute of Public Finance and Policy (NIPFP). In addition to her academic research, she is a regular columnist for the Indian Expressand anchored the program Policy with Patnaik on NDTV.

Most recently, Dr. Patnaik served as Principal Economic Advisor at India’s Ministry of Finance. She has written extensively on the financial industry as well as on domestic and foreign investment developments. Her work includes publications on globalization’s impact on Indian multinationals, the effectiveness of capital controls, export and trade financing procedures, and foreign exchange hedging issues. She co-led the research team for the Financial Services Legislative Reforms Commission, tasked with drafting the new Indian Financial Code to liberalize and transform India’s securities industry. Prior to that, she was a member of several working groups at the Ministry of Finance, advising the ministry on foreign investment and internal debt management issues. She was also an advisor to the central bank on issues regarding the country’s economic indicators.

In collaboration with Dr. Ajay Shah, Dr. Patnaik has written numerous articles and contributed to textbooks on issues regarding India and the region. These include research on capital flows, India’s inflation, India’s business cycle, and China’s and India’s exchange rate regimes.